Capturing the Massive Economic Potentials of the Internet of Things 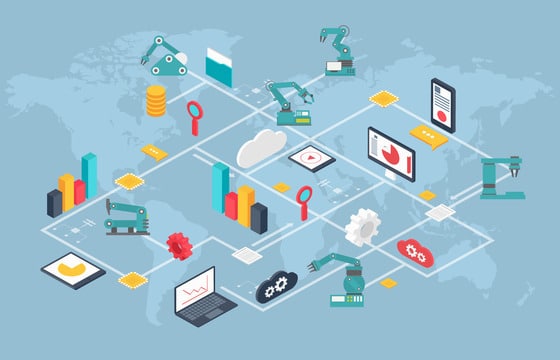 Since its inception, the Internet of Things has been projected to bring colossal changes and provide radical solutions to many operations. Although it hasn’t reached its full potential, these projections aren’t far from the truth.

IoT solutions bring proactiveness to industrial operations, merge the physical and the digital world, and improve the management of physical assets. The economic value is there, but capturing it has been challenging.

For example, Microsoft’s IoT signals report showed that 91% of business heads adopted IoT in 2020. However, despite this huge adoption, only $1.6 trillion of the estimated $12.6 trillion potential economic value by 2030 was captured.

Factors such as value proposition, advancement in technology, and improvements in the internet like the introduction of 5G networks have accelerated the adoption of IoT. But on the other hand, issues such as gray areas in interoperability, change management, privacy, and cybersecurity negatively affect IoT solutions’ adoption.

To this end, it’s important to understand how to combat these challenges to IoT’s economic value and ensure it fulfills its promise.

Despite the drawbacks, IoT can still realize its enormous potential in many ways.

1. Bring Changes to All Aspect of the Organization

One reason why most companies don’t reap the full economic potential of IoT is that it is often seen as a technology project by the IT department rather than a full-on business transformation.

Technology alone will never be sufficient to fully realize the potential of the IoT and enable optimum value capture. Instead, the company’s process and fundamental operating model need to be redesigned. It’s important to deploy IoT in multiple use cases. This forces your organization to transform workflows and operating models and bring value capture.

2. Be Proactive with Security

Creating end-to-end security requires prioritizing cybersecurity from the onset and starting with the hardware layer. Working with reliable suppliers can lessen the likelihood of a breach, but it can be much more effective to implement a cybersecurity risk-management framework that includes technical solutions and business processes that are tailored to a company’s environment and needs.

3. Scale From the Onset

Scaling isn’t something you do later on when it comes to IoT. It needs to start from the beginning by grounding the IoT solutions in business outcomes. Design for scale from the onset and don’t focus only on pilots, or else your IoT trials will be stuck in limbo.

Hiring recruiters who are able to traverse the environment and understand the technicalities is a crucial step. Firms must not only upskill their present workforces in data science, but it’s also important to hire data engineers and scientists if they want to stay on the cutting edge.

At Thinaer, our team of data scientists, technologists, business strategists, and PhDs are helping companies realize IoT’s economic value in their business processes. Speak to us today to understand the use cases of the internet of things in your business processes and how to address any potential challenges.